This is an accordion element with a series of buttons that open and close related content panels. 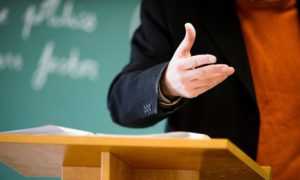 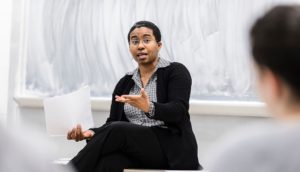 The Chancellor’s Inclusive Excellence Award celebrates exemplary achievements in teaching that honor the university’s value of diversity and inclusion as the path to excellence. This award recognizes outstanding faculty whose creative and inclusive environments and practices in the spirit of the Wisconsin Idea. 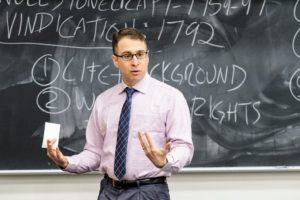 During its 25-year reunion, the Class of 1955 established a fund to honor professors, especially at the assistant and associate rank, who have made significant teaching contributions to undergraduate students. The Class of 1955 Teaching Excellence Award was first presented in 2004. 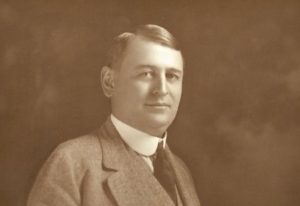 Manufacturer Emil H. Steiger served as the president of the Deltox Grass Rug Company of Oshkosh, Wisconsin, from 1909 until his death in 1929. A passionate supporter of education – and of Wisconsin’s state universities in particular – Steiger sent his two sons, Carl and Emil, to the UW. The younger Emil Steiger became a UW regent in 1952 and served as president of the board of regents from 1959 to 1962. He and Carl created the Emil H. Steiger Teaching Award in 1958 to honor their father. Traditionally, the Steiger Award has been given to a junior faculty member. 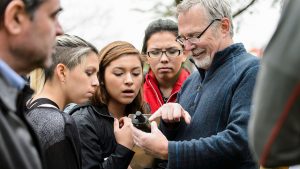 To be eligible for this award, nominees must teach or have previously taught a Community Based Learning course as designated through the Morgridge Center: CBL designation.

This award was established during the 2018-2019 academic year. 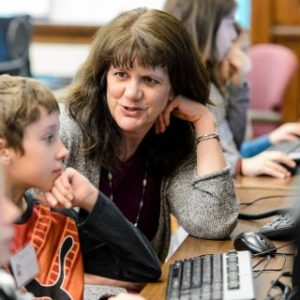 As president of the University of Wisconsin from 1903 to 1918, Charles Van Hise developed the doctrine known today as the Wisconsin Idea: the guiding philosophy of UW-Madison’s outreach efforts to extend the borders of the university to touch the lives of people throughout Wisconsin and around the world. The Van Hise Outreach Teaching Award was established in 1990 to honor distinguished teaching by a member of UW-Madison’s faculty.

Legendary economics professor William “Wild Bill” Kiekhofer taught upwards of 70,000 undergraduates during the course of his 38-year UW career. Known nationally for the textbook Economic Principles, Problems, and Policies – one of the best-selling texts of the first half of the 20th century – he was a beloved figure on campus, and before each of his lectures, his students would give him a “skyrocket” cheer. The Kiekhofer Award, which honors an assistant or associate professor in the College of Letters & Science, was established as the UW’s first teaching award shortly after Wild Bill’s death in 1951. 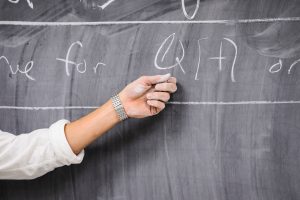 Established in 2019, the Chancellor’s Teaching Innovation Award recognizes the achievements of outstanding instructors (Assistant, Associate and Full Professors) who have shown innovation in approach to learning. This award celebrates innovations with significant impact on the University of Wisconsin learner experience.